Connecting the Indoors and Outdoors

ElsaBella Posted on มีนาคม 25, 2021 Posted in designing the rooms No Comments Tagged with large windows 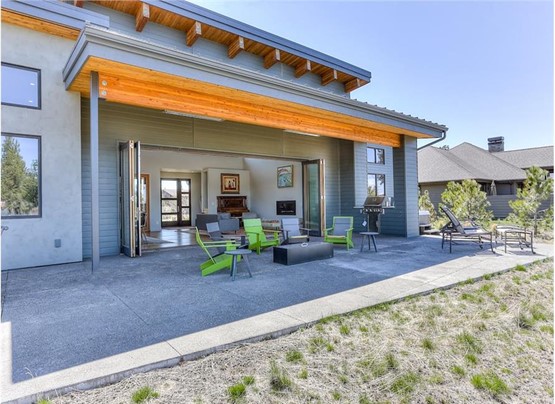 Don’t stop with large windows for natural light and panoramic views. Sliding/stacking glass doors with windows or transoms over them in volume/vaulted rooms open up living areas to sunlight and air and connect the indoors and outdoors. And just think of the floor space that you save – inasmuch as these multi-pane glass doors open from side to side rather than inward or outward.

While these sliding glass doors are trendy today, they were introduced – albeit in a more primitive form – during the pre-war era at the start of the 20th century. Historians speculate that sliding/stacking doors were fashioned after Japanese doors called Shoji, a sliding translucent door hung by a wood frame.
Talk about the fascinating architectural cycle and how past designs are refashioned to keep up with the times.