ElsaBella Posted on เมษายน 19, 2021 Posted in movie No Comments Tagged with Dora Milaje

2016’s WORLD OF WAKANDA and Dora Milaje offers even more backstory to Ayo and Aneka’s relationship when they first join This series features moments with a younger Ayo who can beat the Vibranium out of someone and blush whenever Aneka flirts with her during their training exercises. But the fiery side of Ayo has always been with her. 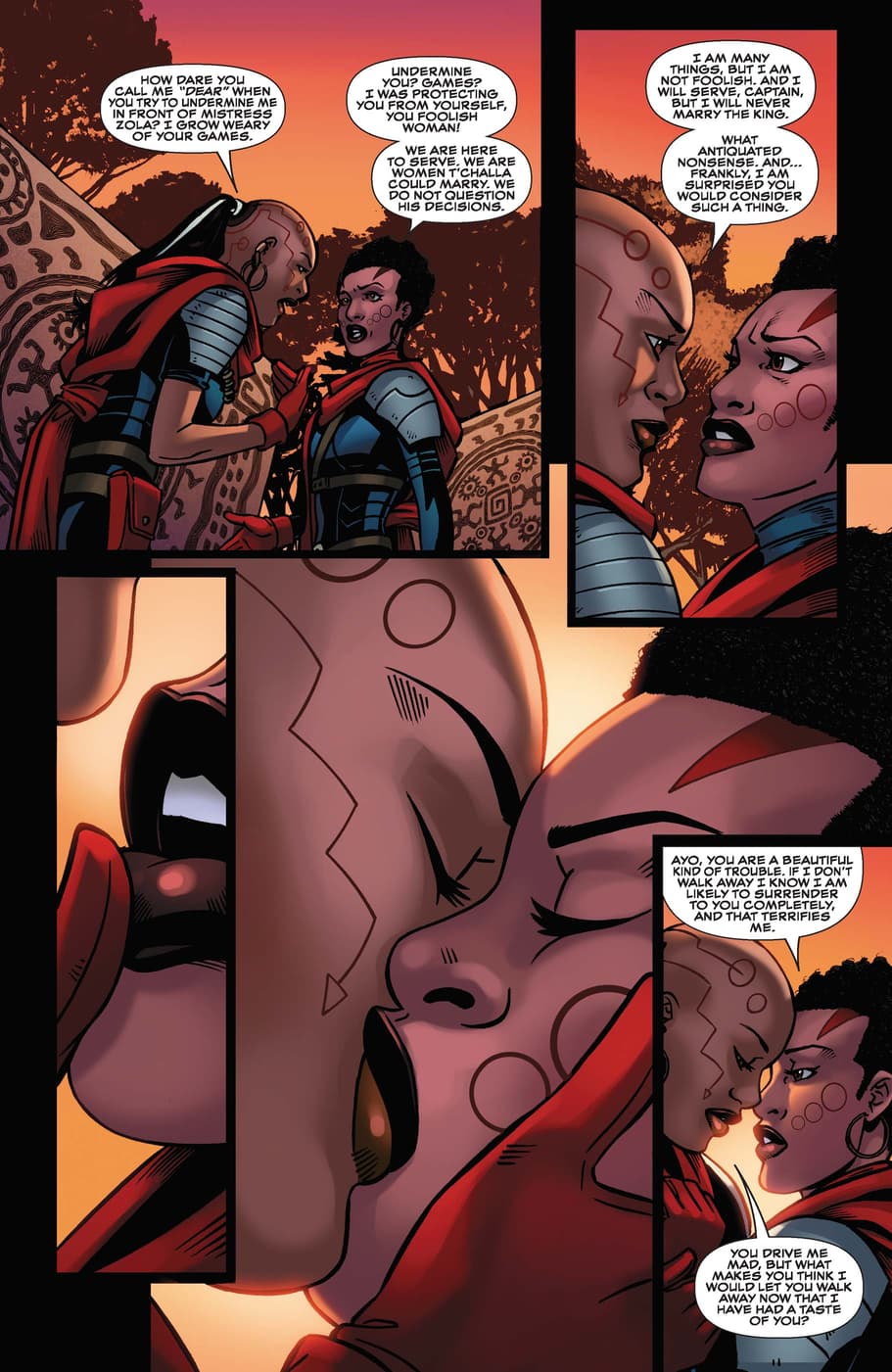 Only a few months after officially becoming Dora Milaje, King of Atlantis Namor attacked the Golden City. Ayo, Aneka, and other Dora were tasked with a search and rescue to salvage what was left of their capital. It was in this fallout that Ayo demanded Namor’s head for the grievous act against her beloved country.  Golden City. At one point, the Dora Milaje even walked away from T’Challa. This sent Aneka into a tailspin. The young warrior had dedicated so much of her life to the Royal Family, and now she was questioning everything she had been taught. However, Ayo was there to have her back and give her a shoulder to lean on. Something she has always been for Aneka from the start.

Before Nakia become Malice, she was one of the first Dora Milaje introduced in Black Panther’s seminal run, BLACK PANTHER (1998).  Things went sideways quickly, leading Nakia down a path that eventually turned her into the super-powered Malice.  staging an attack to terrorize Brooklyn with stolen Dora Milaje technology. At one point, Ayo has to save a drowning Peter Parker shortly after helping him defeat Hydro-Man!